Rikaz Announces a Contribution of SR 20,000 To Support the Charitable Society for the Care of Orphans, Benaa 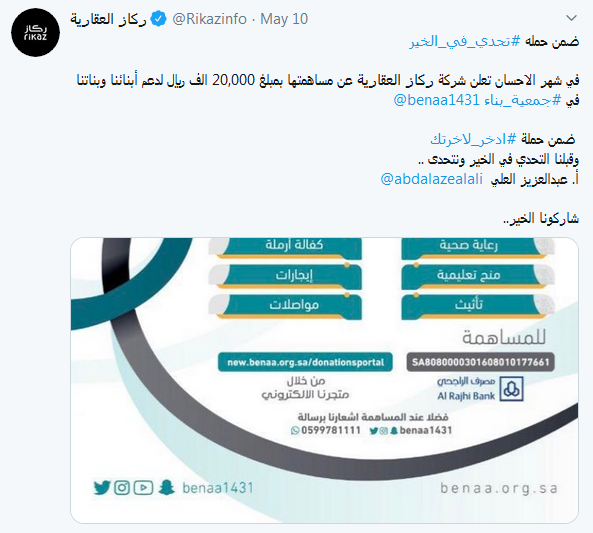 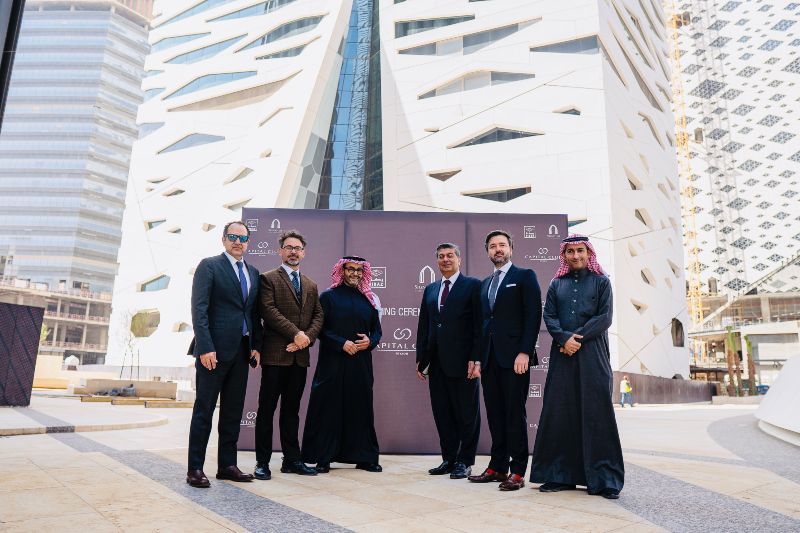 Saudi Arabia, Riyadh: Rikaz Properties, a leading real estate company based in the Kingdom of Saudi Arabia, announced today it has signed a franchise agreement with Signature Clubs International (SCI) to acquire rights for developing and operating Capital Club Riyadh.

Capital Club Riyadh will be the first private business club to be launched in the Kingdom of Saudi Arabia as an exclusive platform for networking, doing business, and socializing.

The Club is planned to be established in the heart of King Abdullah Financial District (KAFD) in Riyadh. The Club will be a perfect addition to this ‘city within a city’ where KAFD is creating one of the region’s most economically connected, culturally dynamic and cosmopolitan centers.

IHG® (InterContinental Hotels Group), one of the world’s leading hotel companies, has signed a Management Agreement with real estate company RIKAZ Properties to develop its fourth Holiday Inn hotel in Al Khobar. Having signed two Holiday Inn properties in Madinah and Jeddah earlier this year, this latest development is part of IHG’s dedicated efforts to increase its midscale portfolio in the region and cater to a diverse guest profile visiting the country.

Expected to open in January 2021, Holiday Inn Al Khobar King Fahd Road will be located in close proximity to the King Fahd Causeway, making it the ideal choice for leisure guests during holiday seasons and corporate guests looking for ease of connectivity to and from Bahrain. The 140-key property will feature an outdoor pool, a lobby lounge, charming food & beverage outlets and a state-of-the-art gymnasium. 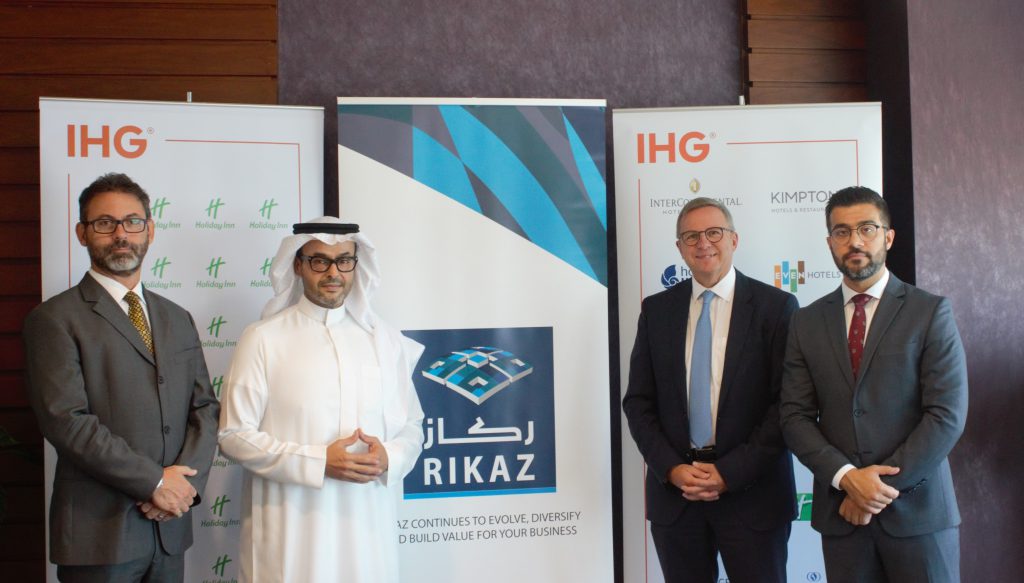 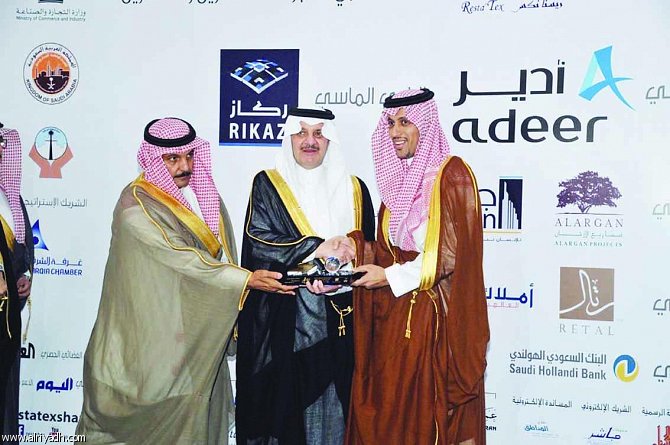 Rikaz Real Estate Company – the largest real estate development company in the Kingdom – won the best marketing award for real estate projects in the Eastern Region during its participation in the Eastern Real Estate, Housing and Urban Development Exhibition “Eastern Restatex 2015” which is being held at Dhahran International Exhibition and Conference Center under the patronage of His Royal Highness Prince Saud bin Nayef bin Abdulaziz, Prince of the Eastern Province.

Abdul-Mohsen bin Hassan Al-Qahtani, Vice-Chairman of Rikaz Company, said after receiving the award for the best real estate marketing company and an honorary shield for the company’s sponsorship of the exhibition’s activities; There is no doubt that the award comes to our efforts in the components of real estate investment, from development and management, as well as the marketing that culminated in this award.

A number of field reports ranked the quartering sector as one of the most important investment attraction projects in the real estate retail sector in the Kingdom, and although the level of service in this sector in some cities is still below the expected level, the emergence of a number of large local companies in the quartering sector, and the entry of a large number of International brands have strengthened the sector’s position in the local investment landscape.

The eastern province enjoyed a large share of the growth and prosperity of the retail sector in the Kingdom, and this was evident in the past two decades, which witnessed the establishment of a large number of huge commercial complexes, which contained a large group of shops with international brands, which formed a large base of customers, who loved shopping And the love of acquiring new and modern goods, but the sector as a whole has not yet reached a competitive stage that enhances its importance.

Rakaz Real Estate Company, the largest real estate development company in the Eastern Region, has alerted and recently announced that it will direct part of its investments to boost the retail sector in the eastern region, through the development of the “Downtown Rikaz” project, in the central Khobar commercial area, and the company confirmed that the project in Al-Khobar, in particular, enhances its success and raises its investment position, and provides quality services to visitors and residents of the region. 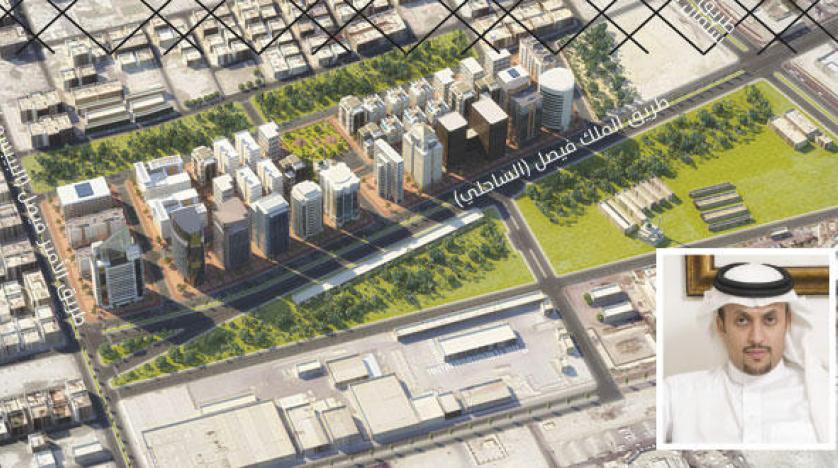 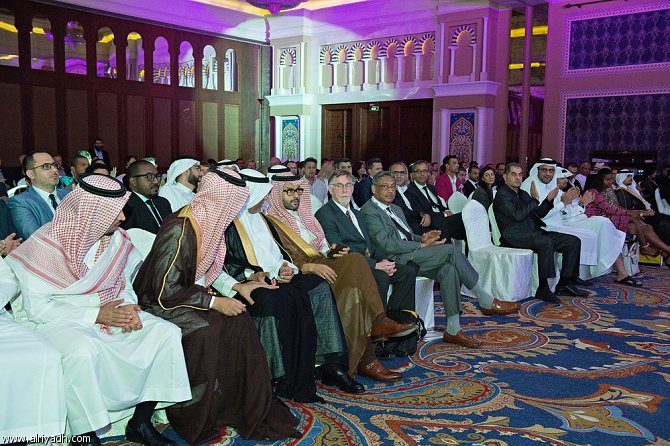 A prominent real estate investor considered that the housing issue is a national issue that needs the solidarity of all and finding radical and serious solutions, because by resolving them it solves social, security and economic problems, stressing the importance of solidarity of the efforts of the private and governmental sectors and harnessing the potential to reach acceptable solutions.

Abdul Mohsen Bin Hassan Al-Qahtani, Vice Chairman of Rikaz Real Estate Company – the largest real estate company in the Kingdom – pointed out that, in light of the increasing demand for residential and commercial units in the major cities of the Kingdom and the continued growth in projects. Rikaz Real Estate has worked on developing one of the largest Residential plans in Makkah Al-Mukarramah, which is the lamp of the lamp that is currently one of the most important huge projects in the Holy City, where it will contribute when the completion of construction work in strengthening the economic movement, and last week won the award for the best multi-use real estate projects, after its success in creating growth A new and innovative approach to the development of Al-Qanadeel neighborhood project in Makkah Al-Mukarramah, crowned with the award of ARABIAN PROPERTY AWARDS as the best multi-use real estate project during the ceremony held in Dubai, and it was honored to receive the award.